Great hike and wonderful company at last Sunday’s wildfire victims fundraiser hike at Cherry Canyon with Walking Pasadena & Nobody Hikes in LA. Many thanks to all who participated! Donations from today’s hike will go to these organizations:

If you were unable to attend but still made a donation that you want to be counted toward the event total, send a private message with the details or email nobodyhikesinla@yahoo.com.

Photos by Nobody Hikes in LA and Mindy Lockeretz. 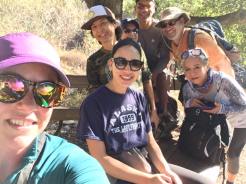 What fun! Thank you from Walking Pasadena & Nobody Hikes in LA to everyone who showed up to hike today at Deukmejian Wilderness Park and brought items to donate to the Friends in Deed food pantry! It was a gorgeous morning and great company on a beautiful hike. Stay tuned for the next benefit hike coming up 12/2!

Come enjoy a hike at Cherry Canyon Park in Glendale, known for its shaded woodlands and panoramic city and mountain views. Together with Nobody Hikes in LA, we will be collecting donations for victims of the Woolsey and Hill fires.

The hike will start at 9am and be done between 11 and 12 depending on the exact route and number of participants. One possible route is to Cerro Negro, described here, a moderate 3-mile hike with 750 feet of elevation gain.

Please bring a check or money order payable to the nonprofit of your choice. All donations will be mailed to the appropriate organization after the hike. For lists of organizations accepting donations, click here and here.

We had a great time exploring the remains of Pasadena’s Busch Gardens on Sunday, January 28, 2018. Made some new friends, found a secret guest book, and even got invited in for a private look at one of the most impressive remnants of the Gardens! Thanks for walking with me! 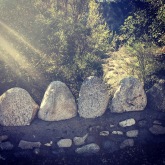 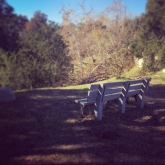 Pasadena’s Busch Gardens is long gone, but thanks to a great article/item at KCET recently, we are going to take a walk to see the hidden remains of this piece of our city’s history. This won’t be a long or very vigorous walk, just a chance to explore and walk and talk!

From Petrea Burchard: “Hi everyone. In 2010 I wrote a series of posts about some of the sights in Busch Gardens. These were on the blog where I posted every day for about 5.5 years, Pasadena Daily Photo.”

Thanks for walking with me! We had a very sociable and fun time exploring Raymond and Fair Oaks with the Walking Pasadena group on November 26, 2016! 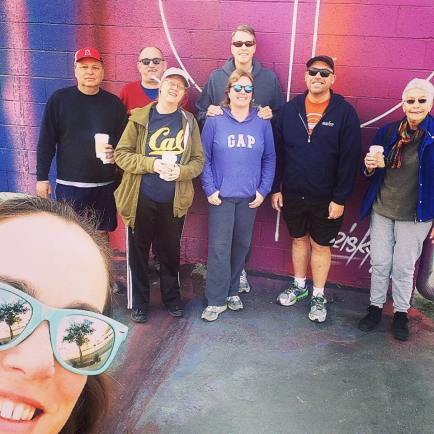 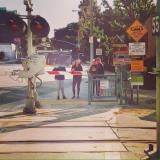 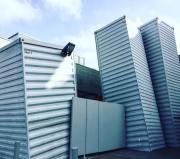 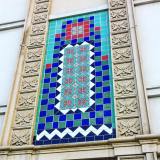 There are some great features to this walk south of Pasadena’s Old Town – come explore Fair Oaks and Raymond Avenues with the Walking Pasadena group! We’ll meet at the entrance to the Arroyo Parkway Whole Foods, and wander 2-3 miles on Fair Oaks, Raymond Avenue, California Boulevard, and Arroyo Parkway. There may be a few alleys we discover on the way that we can explore! You have probably driven these streets many times, but have you walked them? There are Art Center murals, hidden alleys, great coffee shops and antique stores, interesting architecture, and more!

Celebrate the eighth annual World Labyrinth Day on Saturday, May 7, 2016! We are lucky to have several labyrinths in the Pasadena area; this walk will include two of them.

We’ll start at 1PM at the Arlington Garden labyrinth at 275 Arlington Drive. After we’ve enjoyed their classical labyrinth, we’ll walk together to the Chartres-style labyrinth at Neighborhood Church on Orange Grove. We’ll return to the starting point at Arlington for a round trip of about 3.5-4 miles.

For more information on labyrinths as a spiritual tool, see this page: labyrinths.

For more information on World Labyrinth Day, see this flyer or the Labyrinth Society’s web page on the event.

Some thoughts on yesterday’s big event… As a pedestrian I am lucky that I can walk on the sidewalks of Pasadena at any time and feel safe, and enjoy the businesses and sights. I imagine was a lot more novel/exciting for cyclists to be in the street without worrying about cars. I enjoyed the walk and all the people, but frankly, it didn’t seem like it was an event for pedestrians.

I did think it was a great event and it was nice to see all those people out and about exploring our city’s streets at lower speed. When I first heard about it I had a hard time wrapping my head around why I should think it was cool, but definitely gave it a chance. I just feel that as a pedestrian it wasn’t aimed at “us” so didn’t feel as cool/unusual as it probably did for the cyclists.

It would have been nice if there was a lane for pedestrians in the street. Although the event organizers were very clear it was an event for all non-motorized participants, because of all the bikes I didn’t feel comfortable walking in the street. Most cyclists were respectful, but I felt in the way and just a little unsafe just the same.

What did you think of CicLAvia? I’m particularly interested in the thoughts of those who participated as a pedestrian rather than a cyclist.

Looking for company for next weekend’s CicLAvia Pasadena event? Come walk with us! Will be starting at 10AM from the corner of Bonnie and Colorado (in front of the Chick-fil-A). We’ll walk west on Colorado, and exploring the route “spurs” on Lake Ave and Raymond too.

Pasadena has played host to parades, bike races and music festivals, and for the first time is opening its streets to the largest car-free open streets event in America. CicLAvia – Pasadena Presented by Metro takes place from 9:00 a.m. – 4:00 p.m. on Sunday, May 31. The city will lend its own charm and flair to CicLAvia as participants travel along Colorado Boulevard, and down side streets to parks and historic architecture using foot, pedal and non-motorized wheel power. Go Metro to CicLAvia, the event route will connect to the Memorial and Del Mar the Metro Gold Line Stations enabling participants to have a car-free or car-lite day.

CicLAvia – Pasadena Presented by Metro is the most walkable CicLAvia to date at 3.5 miles. The cozy distance will offer participants the opportunity to peruse and explore Pasadena’s business gems and cultural treasures. Spurs off the main route on Raymond Avenue and Lake Street will take participants to local parks. And CicLAvia’s new partnership with Kurios – Cabinet of Curiosities, Cirque du Soleil’s newest touring Big Top show, coming to southern California this fall, will give participants young and old a smile-inducing and awe-inspiring entertainment adventure.